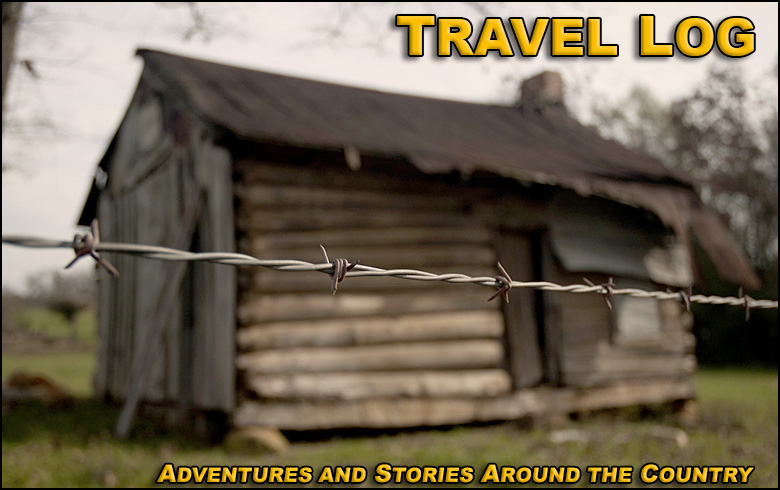 (Dec. 25, 2017) It’s been 10 days since I last posted. I apologize for the delay! The last ten days have been a whirlwind. You’ll notice on the State Map below I’ve notched up two more states: Indiana and Michigan, before returning to my brother’s in Ohio for Christmas. So, as I close out 2017 with my family, I’ll be catching up.

The Upper Midwest leg of this walkabout is done. Owing to some VA medical appointments in Virginia, I’ll be starting out on the Mid-Atlantic/Southeast leg next. But the things I’ve seen, the people I’ve met so far…it’s been extraordinary.

We actually got a white Christmas, so I don’t need to dream of one. Snow started falling while we were at Mass last night. It’s only about an inch deep, but that’s more than enough to make the Ohio landscape look like a traditional postcard. Today is bright and sunny, but it’s only 23°  outside, so the sun isn’t melting off the snow. This is the first white Christmas I believe I’ve ever seen. I’ve experienced plenty of white New Years, but this is the first white Christmas, so I no longer have to dream with every Christmas card I write!

We attended Mass at St. Helen’s parish last night. For Roman Catholics, Eastern Orthodox, and other holders of the old high church traditions, St. Helen is the patron saint of new discoveries. She was mother of the first Christian Roman emperor, Constantine, and is responsible for the construction and beautification of two churches in the Holy Land, including the Church of the Nativity in Bethlehem. Based on her research and belief that she had found the True Cross (the cross Christ died on), Constantine built the Church of the Holy Sepulcher. Her search for holy relics and discoveries of these sites led to her place as patroness of discoveries.

In today’s world our archaeological experience and knowledge far exceed St. Helen’s (in many ways, she invented the very idea of archaeological discovery). But her faith and her declarations, based on the best evidence (spiritual and physical) that she had, helped found many of the traditions and establish many of the sites form pilgrimage that modern Christians of all denominations use to anchor our faith and find a connection to our Lord.

Skeptics or those who poo-poo religious traditions might dismiss St. Helen’s work as simply wishful thinking based on imagination. Two thousand years of knowledge and exploration have given us greater contexts with which to place sites, artifacts, etc. Based on modern scholarship, we know the True Cross was likely lost long before St. Helen found what she believed to be it. However…history is a record of the testimony of witnesses. Just as the Bible itself records rags that touched the shadows of the apostles healing the sick, there are accounts of the relics St. Helen believed to be the True Cross healing people. Who in our time, two millennia later, can say if these testimonies are true or false?

To borrow a line from the writer J. Michael Straczynski, “Faith and reason are the shoes on your feet. You can travel further with both than you can with just one.” Even faith in scientific evidence is, by definition, faith. Scientific evidence can be altered over time by further research, context, and discoveries. For instance, scientific evidence once declared Pluto a planet as original as the other eight in our solar system. Further exploration revealed Pluto to be merely one of the Kuiper Belt objects—large and small bodies orbiting beyond Neptune in a cloud. It was an article of faith in scientific fact that Pluto was a planet…until better research equipment revealed a freaking huge cloud of Pluto-sized objects at the edges of the solar system.

The classic exercise of historical “fact” vs. “faith” is this: prove that Abraham Lincoln ever lived. Yes there are photos of a man with a beard, but none of us have ever met the man; he died long before any of us were born. It is entirely possible those photos are of another man whose image was stolen by a person or persons wishing to create a fake historical figure. We take the historical testimony of Lincoln’s contemporaries as “fact” when, in fact, we are going on faith these testimonies are true because we never saw him first hand.

That Jesus lived is as historical a fact as any. The Gospels themselves are testimony, and there are non-Gospel accounts of Jesus’s life and impact on Judeo-Roman society. However…none of us here in 2017 ever actually met him in real life since he lived and died around 2,017 years ago. It’s an article of faith to accept the historical records that a carpenter named Jesus (as his name comes through in modern English) lived. I wonder…if accepting the basic historical veracity of his existence is an article of faith, is it so much greater a leap to accept the divine part of his story?

So, for all my sins, for all my inability to fit neatly into the human church, for all my questions and ideas and iconoclastic beliefs, in the end, I’ll cast my lot with those who follow Christ.

To all my fellow Christians, I say happy Christmas! My the light of God the Father, Son, and Holy Spirit illuminate your path as we head into a new year!

For all those who follow other traditions, I will wish you a happy holiday season, and I sincerely pray your traditions and your beliefs bring you peace, enlightenment, and joy this coming year!