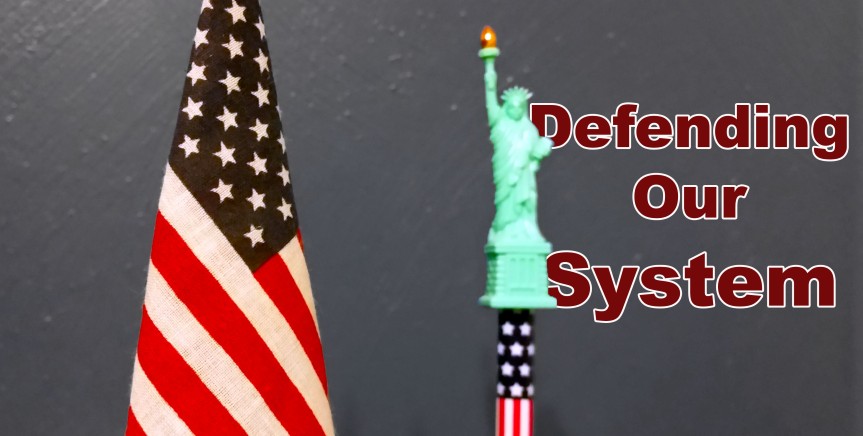 Trigger warning: controversy time as I take a direct shot at the Democratic Party.  Need it be said, no the Republicans are not perfect and I think Paul Ryan has proven completely inept as a leader in the House.  But at least he is not trying to restrict my actual RIGHTS.

(a) Any issue submitted to voters at an election.

(b) Any candidate for election to public office.”

Fake news has been with us for, well, ever.  Harry Reid, one of the most dishonest and despicable men ever to tarnish the U.S. Senate, lied through his teeth in 2012 that Mitt Romney never paid taxes.  Reid created a fake news story.  No one fact-checked him or blasted him for lying…even though his lies did help influence the election and contribute to Romney’s loss.  Why wasn’t California’s legislature so upset in 2012 that they decided to start implementing a Ministry of Truth (my term)?

It’s amazing just how the Democratic Party, for all its vaunted language of tolerance, is really a party led by totalitarian wannabes.  California is run by nothing but Democrats; imagine the uproar if Republicans tried to field a bill in any state allowing the government to censor speech?

You see this on university campuses.  University faculty and staff in our country are overwhelmingly Democratic-leaning.  Per a study published by The Washington Times, “Democrats outnumber Republicans 3,623 to 314, or by a ratio of 11 1/2 to 1.”  This is taken from their story “Liberal professors outnumber conservatives nearly 12 to 1, study finds,” published Oct. 2016 at: http://www.washingtontimes.com/news/2016/oct/6/liberal-professors-outnumber-conservatives-12-1/.

These tolerance-obsessed idiots are the ones who implement speech codes to silence speech they find offensive.  Funny; they never seem to mind speech that offends Christians (like me), or conservative gays (again, like me), but woe to you (especially if you’re a white male) and you publicly say you are against abortion on demand!  Again, imagine the outcry if, by chance, a college dominated by conservatives (like me) and/or Republicans implemented speech codes.  There would be no end to the lawsuits, political tirades, and suspension of state funding to that school until they reinstituted true academic freedom.

This is why I’m not a Democrat, especially since I’m gay.  I will never support a party that wants to silence people based on offending opinions.  Yes, fake news is a problem.  But who will fact check the fact checker?  Even Snopes.com, once a bastion of integrity, has fallen to lying about issues that support the Democratic cause.  They were caught in such a lie recently by saying Democratic leaders did stand to applaud a military hero when those leaders actually did NOT stand according to eye witnesses and photos taken in the chamber.

This is nothing but fascism.  And it’s rich to listen to these so-called liberty-minded leaders say Trump and the Republicans are fascists when the Democrat Party is the party actually trying to advance legislation to upend the First Amendment and give the state the power to regulate speech in California…and other Democrats nation-wide are not calling them out for such a flagrant violation of constitutional law.

If you are curious what state-controlled speech results in, go tour China, Russia, and (especially) North Korea.

Assuming they pull this off in California and it’s not immediately struck down by the courts, what happens to those same Democrats (politicians and media people) if/when the Republicans take power back during an election?  Their own political weapon will be turned against them and used to put them in prison for “fake news” as defined by the new political regime in the state.  This is why you don’t give politicians the right, authority, or power to determine “truth.”  The wheel always turns and you end up ensnared in your own despotic trap…even though you intended that trap to remove your enemies.

So I will be the odd gay man out and NOT support the Democratic Party. I’ll take the risk of falling to a fake news scam now and then as long as it means my RIGHTS are actually protected instead of being proscribe by what Democrats in California find non-offensive.  Many things OFFEND me…but they mostly don’t AFFECT me.  I am only concerned with using the law to ensure what AFFECTS me (and others) is as fair as is humanly possible.

Also, here’s a final point about despots like the Californian Democrats are showing themselves to be: they do not want you to think for yourself.  Yes, “fake news” is a problem. But We The People have a personal responsibility to take enough time to check news sources and determine the veracity of the story for ourselves.  If we willingly cede that responsibility and have the state to do for us, then we might as well move to North Korea and let the fat madman running it decide our lives for us.