(Clarksville, Tennessee; March 29, 2018) After nearly a ten-day visit with my brother’s family in Ohio, I’m on the road again. I took a very leisurely drive south through Kentucky into Tennessee. I purposely eschewed the interstate and used the side highways instead. Secondary routes do add additional time, but offer wonderful opportunities to see things motorists on the interstates miss.  (Please note a new state on my state map at the bottom!)

I had planned to be in Chattanooga, but inclement weather moving into middle Tennessee led me to shift my plans and cut west towards Murfreesboro to tour Stone’s River National Battlefield Park on March 27. The Battle of Stones River is not as famous a battle as many, and that is partly due to its location in middle Tennessee, partly due to the phenomenally bigger battles that dominated 1863 (such as Vicksburg and Gettysburg), and partly due to the lackluster Union general, William S. Rosecrans.

Rosecrans, like many Union generals early in the war, just wasn’t all that aggressive. It took a great deal of prodding throughout late 1862 (including the threat of relieving him from command) to get him moving south. However, prodded or not, he did head south towards the end of 1862, and facing his Army of the Cumberland was the Confederate Army of Tennessee under General Braxton Bragg.

Bragg was a favorite of Confederate President Jefferson Davis, and this shielded him from many a political imbroglio. He was not an easy man to work for, and had already fended off a revolt of his own generals who disliked him so much they tried to get him replaced by Joseph E. Johnston. He was very aggressive, however, and sought a chance to decisively destroy the enemy. As Braggmarched north, the two forces collided south of Murfreesboro.

Bragg struck first, smashing into the Union forces before dawn on Dec. 31, 1862. However lackluster Rosecrans was in many ways, he was not a runner. Instead of retreating, he formed a new line and his men halted the Confederate advance. Dec. 31 ended with Bragg a stone’s throw from victory. New Years Day, 1863, saw no major fighting as casualties were tended and the armies got back into order.

January 2, 1863, however saw Bragg very murdered by one of his own generals when he ordered a charged against a heavily defended Union position on a hill along Stones River itself. Bragg’s other subordinates restrained the infuriated man from marching to Bragg’s tent after receiving the suicidal order, so Bragg lived another day. The charge was sent across the river…right into the face of the one of biggest cannonades of the entire Civil War . Needless to say, Bragg’s men were decimated.

The Army of the Cumberland, a stone’s throw from defeat on Dec. 31, 1862, decisively trounced the rebels on Jan. 2, 1863. Rosecrans’ victory gave a huge boost to the credibility of Lincoln’s Emancipation Proclamation, which had been officially on Jan. 1 and simultaneously secured middle Tennessee’s supplies and roads for the Union cause.

Today, Stones River National Battlefield Park preserves only a very small portion of the field. Like any Civil War battle, the armies were splayed across miles and miles of ground. However, the areas preserved by the park create a corridor showcasing the battle’s central points. If there is a drawback, it’s the lack of clear maps at each tour stop, showing exactly what army was coming from where (important considering the rebels had the Union surrounded on three sides at one point).

Hiking the park is easy, and I recommend you do so. Walking a battlefield park is great exercise, but it gives something more. Walking the field allows you to get a sense of the true scale of the event, a sense of scale that is dulled by driving. Those men and women back then were on foot during these vast events. Walking in their footsteps provides an invaluable connection to their world.

If you’re very lucky when you reach the visitors center you’ll find Jo Wheeler. She has long hair, round glasses, and is more than happy to give visitors a very concise overview of the action…in a cool, proper British accent. You see, Jo Wheeler is a subject of Her Majesty, the Queen. She’s here as part of an international volunteer program run by the National Park Service. She knows the story of Stones River with encyclopedic accuracy. Jo will also patiently help you orient yourself as you try and take in the scene Rosecrans was grappling with over 150 years ago when his army was pressed on three sides by the enemy.

Yep, you read that right. She was fighting. Jack Williams was really Frances Clayton, one of many women who disguised themselves as men in order to fight. Perhaps this is why the Claytons left Minnesota and joined a Missouri regiment? Less chance Frances’ identity being discovered than if they were near other folks from Minnesota? Anyway, these women who joined the armies had many, many reasons for doing so. Some wanted the adventure, some sought freedom from intolerable domestic situations, and some joined simply out of patriotism.

All evidence shows that Frances fought honorably and bravely. In fact, most sources agree that, when her husband fell dead, Frances stepped over his body and kept fighting. Her story becomes somewhat murky after Stones River. The exact date and reason for her discharge from the Union Army are not well known. Some evidence indicates she herself was wounded and her gender discovered during treatment; other sources say she was overcome by grief for her husband and revealed her gender voluntarily. Whatever the truth, she was one of those remarkable women who found ways to fight in the war, and you can trod in her footsteps here at Stones River.

Stones River is not a huge park. Plan on half a day to tour the museum and field, especially if you plan on hiking. Ensure you bring insect repellent; we’re heading into spring time, and middle Tennessee is chigger and tick country. Also, be wary of sun burn; a good part of your hike will be under open sky, and as winter is still so close, it’s easy to forget the increasingly intense sunlight can burn you.

The Confederates were a stone’s throw from victory at the Battle of Stones River. Fortunately for history, William S. Rosecrans dug in, turning the collision of armies into a solid Union victory. 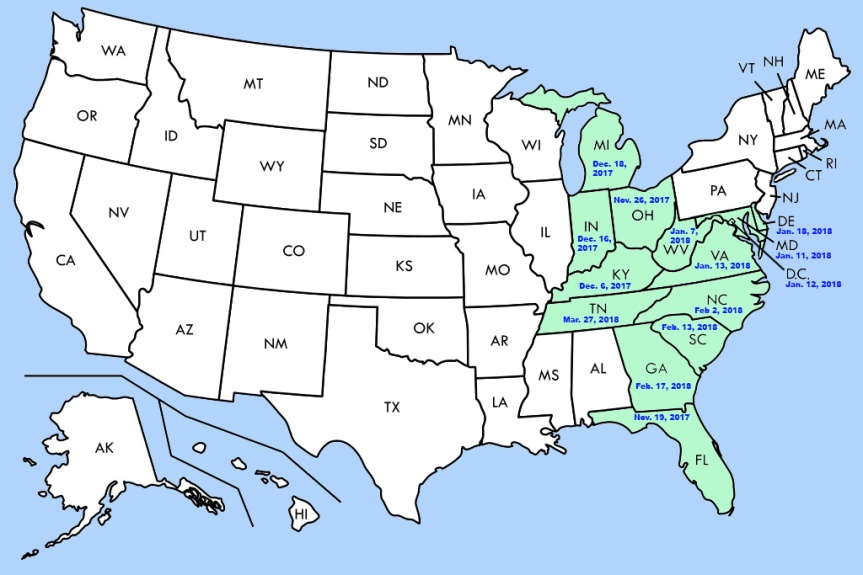