(Feb. 4, 2018) Welcome back! I took a brief break while I was back in Norfolk, Virginia, tying up some business with the Department of Veterans Affairs. I’m back on the road and, if you look at my State Map, you’ll notice I’m in North Carolina. I’ve gotten ten states and the District of Columbia under my belt. 40 to go! Only one thing will derail me from getting all 50 in one contiguous calendar year—and that’s getting a contract to go to sea teaching college history aboard Navy warships. I’ll still nail all 50 states within 12 months, but if I get a teaching contract, it might not be a contiguous 12 months.

So I’m jumping forwards and then backwards in real time in order to go back in time and chronologically relate a historical tale that happened 150 years ago. You with me?

One goal of my journey is to find places I’ve never heard of (ala’ the Johnson Victrola Museum) or see places I’ve read about, but never visited. Fort Fisher in North Carolina is one such place. I’ve known it was a rather embarrassing failure for Union forces in December 1864, and then a successful fight to take it from the Confederates in January 1865. What I didn’t know was that what happened here in coastal North Carolina directly impacted events that forced Robert E. Lee to his rendezvous with destiny (and Ulysses S. Grant) at Appomattox Court House. I visited on a cold, windy Saturday afternoon (Feb. 3) and got a historical earful.

Fort Fisher State Historic Site is located at Kure Beach, about a half-hour south of Wilmington, North Carolina. Continually under construction from 1861 through its fall to Union forces in 1865, it guarded the entry to the Cape Fear River and the international port of Wilmington. This was a vitally important Confederate port as the Civil War ground on—a story you’ll hear in breathtakingly rich detail if you pay the $10.00 fee to enjoy a guided tour. The park is free, but the tour requires a fee that’s used to help maintain the site.

If you’re really lucky, Robert Flowers will be your tour guide. He’s a tall, stocky, deep-voiced country boy who comes alive as he talks, pointing out construction details, troop positions, even vegetable garden sites (yep!). He cleverly weaves together military minutiae with the personal stories of the players, and garnishes it all with a connection to the larger context of the war happening around Fort Fisher. Listening to Robert Flowers will truly give you a very complete picture of the fort’s place in the war and why it was important.

Fort Fisher was so well-built it kept Wilmington free until early 1865…thus making Wilmington the only Confederate window for international trade as the fortunes of war turned against the rebellion. By late 1864 Robert E. Lee was entrenched and besieged at Petersburg, Virginia. He was desperately trying to keep his army intact and keep U.S. Grant from capturing the Confederate capital at Richmond. As 1864 wore on, Robert Flowers relates, ships from Britain that were originally filled with shot, shell, and powder increasingly brought food and textiles instead. These supplies were funneled largely to the Army of Northern Virginia (Lee’s army) at Petersburg. Most locally-grown supplies that still existed in the southeastern states were being sent to the Confederate forces fighting William T. Sherman; thus, Lee’s supply line was actually stretched through Wilmington (courtesy of Fort Fisher) across the Atlantic to Britain.

Robert describes the final battle in January 1865 in such rich detail you’ll be amazed the Union and Confederate armies survived egos and personality conflicts long enough to actually fight each other! But fight they did. Union forces, commander by Rear Adm. David D. Porter and Major Gen. Alfred Terry, took a huge gamble. They came ashore north of Fort Fisher between two Confederate armies—the army south of them in Fort Fisher and the rebel garrison up north in Wilmington. It was the kind of high-stakes, lightning-strike gamble Porter and Ulysses S. Grant had pulled off successfully together earlier in the war. It succeeded. The second attempt (the Jan. 1865 attempt) took a little over six hours, but the fort fell to Union forces.

Robert then describes the fall of Wilmington itself. There was a small skirmish south of the city, but the Confederate forces in the city turned and ran inland. The “Battle of Wilmington” was less a mighty “BANG!” and more an anti-climatic “phifff…” However, that “phifff…” cut the last line of supplies Robert E. Lee could depend on.

Which means it’s time to go forwards in time from January to April 1865 even as we go back in time from February 3 to February 1, 2018.

My final stop in Virginia was Appomattox Court House, a ghost village now maintained by the National Park Service. The village was a lively, but relatively isolated community when the Civil War marched noisily into town in April 1865. Robert E. Lee knew Fort Fisher’s fall spelled trouble. By late March he was out of supplies, nearly encircled by Grant’s forces, and realized it was time to bolt. He arranged for supplies to be waiting at a couple of different railroad junctions, pulled up his army’s stakes, and ran west.

The race was on, and it was Lee vs. Grant. If Lee could get to the supplies he craved, that would give him victory in this greatest of races. It would mean he had gotten ahead of Grant’s forces, resupplied the Army of Northern Virginia, and could cut south to unite with rebel forces now consolidated under Gen. Joseph Johnston. If Grant could beat Lee to the supplies, it would mean Grant was pulling ahead of Lee, and would have fully encircled the Army of Northern Virginia. If Grant could win this race, it meant the Civil War was—finally—nearly over.

This is exactly what happened.

Lee’s final shot at getting ahead of Grant was shattered when he discovered Union forces in front of him at Appomattox Station (near Appomattox Court House) April 8, 1865. Phil Sheridan’s cavalry captured the supply trains and beat back an attempted counter-attack by the rebels. The loss that day put Lee in a very foul mood (how would you feel if, after four years of being considered invincible, you were suddenly very vincible and about to get clocked?). Lee held a final counsel of war that night, but the dawn of April 9, 1865, turned the bad dream into a Confederate nightmare.

When you visit the Appomattox Court House National Historic Park, see if you can get Park Ranger Albert Carter to be your tour guide. A guided tour is free, but is the only way to get inside the McLean House, where the surrender talks between Grant and Lee actually took place. Albert Carter will make this a sheer joy.

Albert spins a lively yarn that puts you in the saddle with U.S. Grant, whose army was moving so fast he didn’t have time to camp at his own headquarters from the fall of Petersburg until the night of April 9. You’ll get a real feel for that last war council as Lee and his generals realized the jig was up. Albert will tell you how the Union forces reacted to Lee’s immaculate appearance when he rode to the McLean House for that fateful meeting, and of how Grant apologized to Lee for his own muddy appearance. Contrary to popular myth, Grant was not an uncouth, unwashed butcher who simply threw superior numbers at Lee. Grant was a humble man, yes. But Albert demonstrates the breadth of Grant’s strategic genius by showing how Grant coordinated military actions over an entire continent with such precision that he did what no other Union commander had been able to do: slice up and defeat the rebellion.

No; Grant was not muddy that day from a lack of manners or professionalism. He had simply been keeping pace with his army as it raced Lee’s to the finish line.

All the buildings you’ll see save two are original. The original court house burned down in the late 19th century, and the one standing is a faithful recreation by the Park Service. The McLean House, site of the surrender talks, is about 10% original. In the war’s aftermath it had been dismantled with the intent of moving it to Washington, D.C. The company involved went bankrupt and the building material simply sat in piles on the site, rotting away or walking away, until the national park was founded in the 1930s. Following World War II the house was reconstructed…but maybe 10% of the materials in it are original. The easiest original bit to see are the bricks around the front door.

Both Fort Fisher and Appomattox are relatively small sites. Even if you walk around and read every historical marker, you won’t need all day. Give yourself at least half a day at each, especially if you can get a guided tour. The time is well spent. Taking time to dig beneath the surface provides a very intricately nuanced view of these final, cataclysmic months of the Civil War when a battle in southeastern North Carolina helped lead to a Union victory in central Virginia. 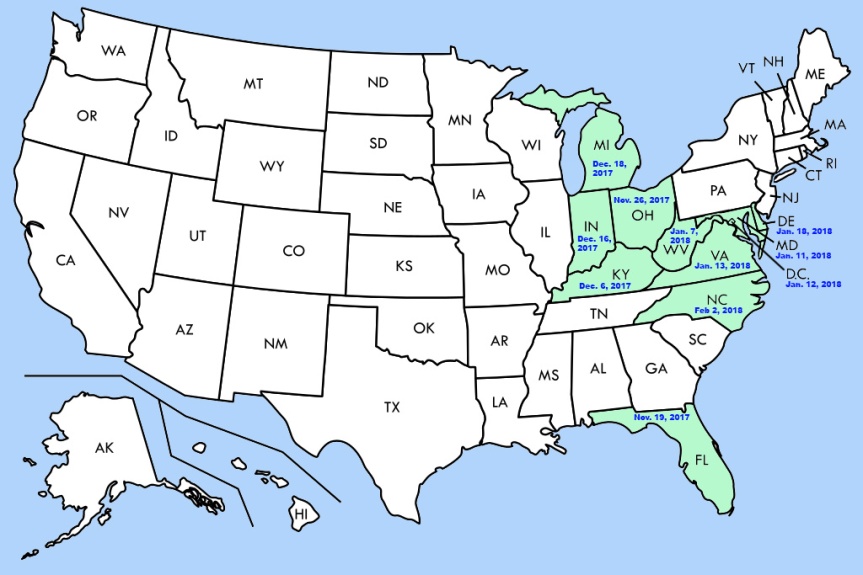