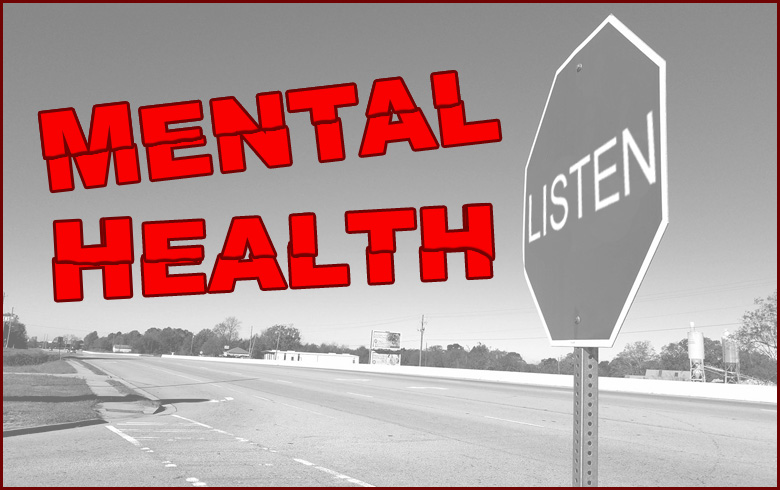 (Bowie, Maryland; May 5, 20187) According to the American Psychiatric Association, an anxiety disorder is defined as:

This can be found on their website (https://www.psychiatry.org/patients-families/anxiety-disorders/what-are-anxiety-disorders), but the mere definition of it doesn’t do much to help those of us with anxiety disorders overcome them. After all, our brains are actually wired differently from people without an anxiety disorder. To put it in a verbal shorthand, our fear centers are seriously over-wired. Whether through genetics, a traumatic event, or a combination of the two, our fear responses do not ramp up gradually like a normal person’s; nope, our fear responses goes from zero to 120 in five seconds flat. There is no “nervous” for us, only calm and terror.

I haven’t written on mental health since I began Grand Tour USA last November. This isn’t because my own anxiety disorder has magically disappeared. Of course it hasn’t. I’ve been preoccupied sharing my adventures, and I haven’t had as many anxiety attacks (or outright panic attacks) since I retired from the Navy in September. Still, they have happened. Until yesterday, the worst one I experience was this past January in Washington, D.C.

I’d visited the district as part of the Grand Tour. My goal was President Lincoln’s cottage, the “little White House” he used during the Civil War. Later, I got froggy and drove right into the heart of the city to go see the National Mall again. Normally I’d take the train, but for once I wanted to drive into the city for the sheer adventure of it.

A confluence of events triggered a massive panic attack by the time I was deep in the heart of D.C., and attack that defied even my anti-panic attack medication’s ability to calm me down. All I wanted was to do was get out of there and get back to my teddy bear (yes, I travel with my teddy bear).

What I did instead was find parking and do the street photography around the city I wanted to do. I was panicking inside the whole time. Sweaty, jumpy, shaky…you name it. Iron bands constricting my chest made breathing nearly impossible at moments. But, I got the shots I wanted. In fact, I got some incredible shots around the streets of our capital city that evening.

Only after I had accomplished my goals did I make my way out of the district and back to my hotel.

Ironically, the next panic attack was yesterday…in Washington, D.C. again (wonder if being around politicos is a trigger?). I’m staying in Bowie, Maryland, where I used to live when I was on shore duty in the area ten years ago. Just like when I used to live here, I took the train into the city to attend the retirement of Capt. Timothy Crone, a former commanding officer (he was one of the two best COs I ever had). The ceremony was at the Washington Navy Yard. I love taking light rail around a city. It’s fun, feels kind of sophisticated, and relieves me of the stress of driving. This was such a cut-and-dried thing to do that I didn’t even think to take my panic-attack med with me.

And then, as the train left the New Carrollton Metro station…the iron bands began constricting my chest. By the time I was walking across the Navy Yard, I was in full-blown panic mode again. No amount deep breathing exercises could avert the attack. The sensory-overload of the bustling city around me was like alcohol on a sunburn: the over-stimulation was magnifying the attack’s “volume” and duration, just like back in January. I wanted to run far away.

Instead I just kept going. The ceremony was moving and funny (Capt. Crone’s sense of humor is legendary in the Navy!). It was a very good day.

Last night in Bowie I had dinner with one of my two best friends, Webb. He’s even more brilliant and sharp-minded than I am (the Mycroft to my Sherlock). We had a grand time catching up, and I laughingly talked about the panic attack. No one at the retirement knew it was happening; there was no need to expose it. I wasn’t in danger of a medical emergency, so there was no point. I had to deal with it by accepting it and keeping on, or by going back to my hotel in Bowie. It would pass when it passed; I could wait for it to break there while honoring my former captain, or safe in my hotel room. Obviously I stayed and saw my former captain safely “ashore,” as we say in the Navy.

During dinner, Webb told me that if I shifted my point of view a bit, this anxiety disorder could be a gift, if a very difficult one. My anxiety level is always elevated above a normal person’s unless I’m sitting safe at home. It does make functioning difficult (hence the term “disorder”). And, of course, the panic attacks are stories unto themselves.

But, as Webb noted, this creates a reality in which my subjective reality is almost hyper-real compared to a normal person’s reality. Very rarely am I so calm that I don’t find myself deeply experiencing the ineffable flavor and sites and sounds of wherever I go. This actually makes me a damned good story teller. The elevated level of existential experience I have gives me a piercingly strong sense of living.

Webb was correct. The anxiety was there making the day somewhat uncomfortable, and that’s no fun. But the reality of the old bridge and Little Patuxent River underneath me and people I met…I realized I really was living a moment that was more real to me than that experience by many others. Sort of like watching a movie in 3D while your friends see it in 2D.

This doesn’t makes having an anxiety disorder any easier. But part of success in coping might be found in recognizing that, while the terror is real, the sense of living is also very deep and very real. And—when it’s over, I remember the panic attacks in an intellectual way, but I remember the people, the experience of where I was in vivid technicolor with high-definition surround sound.

There is no magic bullet that cures an anxiety disorder. But, if we are stuck with something difficult that impairs normal functioning, doing what we can to turn it to our advantage might just be an unusual and effective tool for living successfully with it.